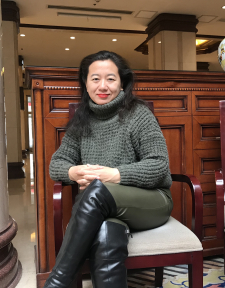 Founded in 2006, Shenzhen Chaoyang Information Technology Co., Ltd. is a state-level high-tech company. Its customers are Vanke Group and CIMC Group, which rank first in the world's respective industries. It cooperated with Vanke Group for nearly 200 original applications, which are original intellectual property rights.
In 2012, she led the team to complete the integration of the world's largest group workflow platform developed by Chaoyang Information and the German SAP system in only a month.
In 2014, she promoted the strategic cooperation between Vanke Property and Alibaba Cloud. She was the founder and promoter of the “Future Community” news of the Alibaba Group on cooperation with Vanke, and promoted the transformation of China's property management. The team completed the traceability system during the construction of the real estate project: various versions of the engineering application on Chaoyang Cloud developed this application into a big data analysis application that promotes the intelligent process of the construction industry.
In 2016, she started Shenzhen Moxi Yunxiang Information Technology Co., Ltd. , a global data solutions company. It is oriented to enterprise-level cloud applications and AI, and promoted the digitalization of large-scale entities in various fields in China.