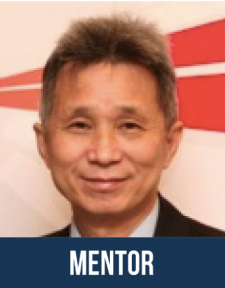 With 40+ years of extensive executive management and business development experiences with the industry and the academia, Mr. Edward Chor-cheung Wong is an independent consultant with clients from the Industry and Universities in Hong Kong and Mainland China on Technology, Management and Business matters. He serves as Board Director and Supervising Committee member on several company Boards and non-profit organization. He also mentors start-ups on pro bono basis on his free time.

He was with IBM for 31 years until his retirement in October 2004 where he has held various technical, managerial and Executive positions in software, hardware development laboratories, corporate headquarter functions as well as an assignment to the IBM Greater China Group as the Director of TDM Business Unit and General Manager of the Chinese Speech Unit in charge of Technology, Development and Manufacturing Partnership. He returned to Hong Kong and became the Deputy Director of the HKU E-Business Technology Institute (ETI), a joint Applied Research Unit between HKU and IBM focusing on IOT technologies. Concurrently, he was also served as the President of E-Business Solutions Limited (EBSL), a wholly owned start-up company of HKU, with the mission to commercialize the technologies developed by ETI. From October 2012 till his retirement in May 2017, Ed was the Chief Operating/Executive Officer of the Hong Kong University of Science and Technology Research and Development Corporation Limited (RDC), a wholly owned subsidiary of HKUST and the Technology commercialization arm of the University. RDC was responsible for all Contract R&D with the Industry and the HKUST Entrepreneurship Program.

Ed was an Adjunct Professor of Marist College in Poughkeepsie New York from 1983 to 1994, where he assisted the Department Chair in the establishment of the Software Design Graduate program. He served as a Master Thesis Advisor with seven successful defenses. From 1992 to 1998, he was Advisor to the College President on various Software related issues.

Mr. Wong received a BA in Mathematics from Fordham University in 1973. He attended Columbia University and earned his BSEE and MSEE in 1974, and the Computer Systems Engineering (CSE) degree in 1980.

Mr. Wong is a Life Senior Member of The Institute of Electrical and Electronics Engineers, Inc. (IEEE) and was the Chair of the Professional Activities Committee for Engineers (PACE) Divisional Activities Committee (PDAC) in 1998 and 1999. He served in the IEEE Components, Packaging and Manufacturing Technology Award Committee from 2002 to 2004. He has been a member of the Association for Computing Machinery (ACM) since 1973. Moreover, he was elected to the "Men of Achievement" in 1985 and is included in many international "Who's Who" and Honor societies.